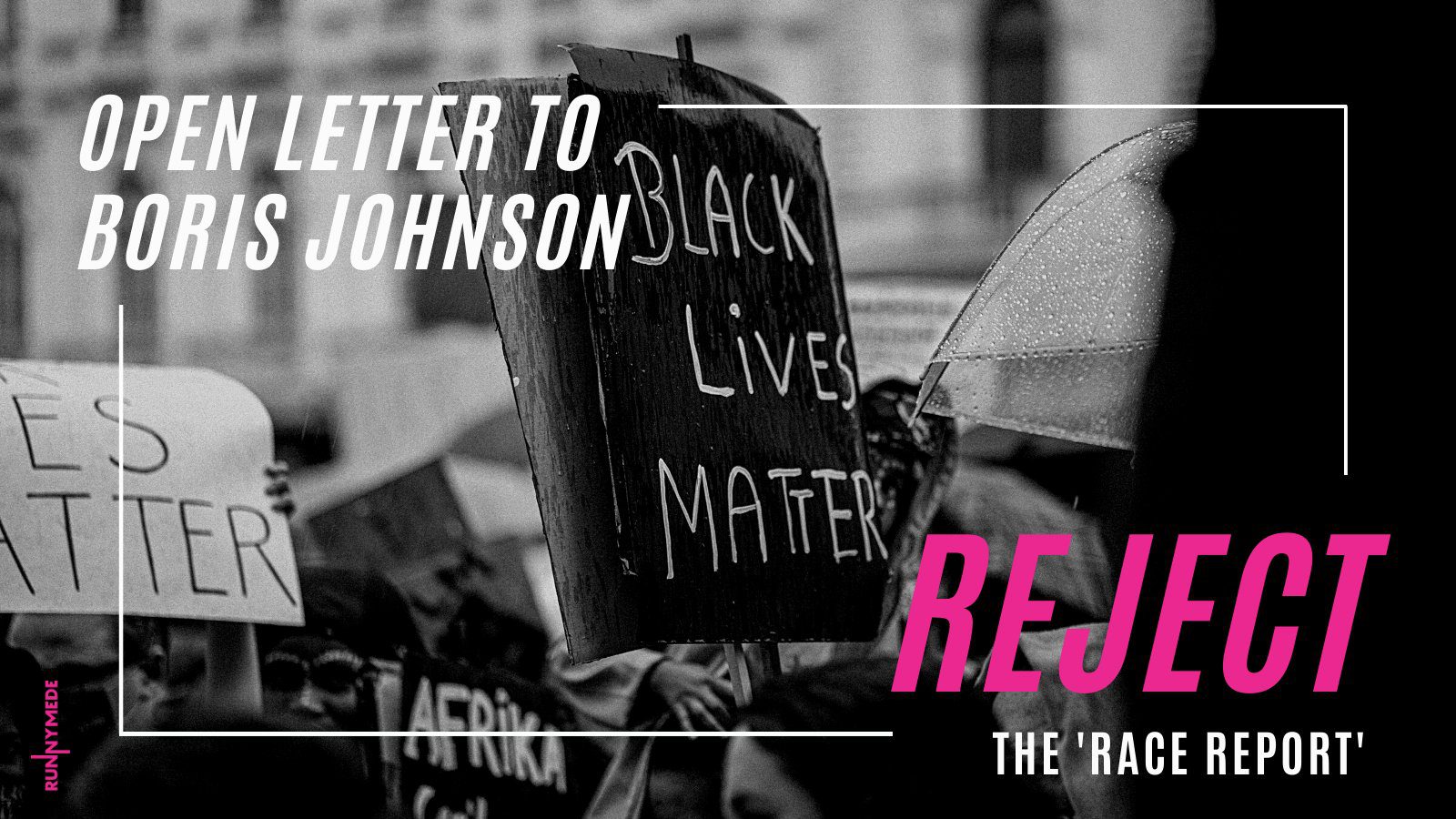 We affirm our support as a signatory of an open letter to the Prime Minister challenging the findings of the report. This is why it is important for us.

Alongside thousands of other individuals and organisations, we have signed an open letter (see further below) to the Prime Minister challenging the findings of the report of the Commission on Race and Ethnic Disparities.

We have added our voice to those calling for a rethink because we are disappointed that so many of the report’s conclusions are so at odds with the experience of our colleagues and of the communities we work with.  In fact, the report appears to dismiss the value of this experience, ignoring some of the real harms many people continue to face, and failing to to acknowledge institutional, structural and systemic racism and their impact on health, education, employment and so many other aspects of people’s lives.

We believe it is vital for our mission that we continue to challenge the systemic barriers that impact on the communities we work with so have joined with many others in signing the letter.

If you want to read more about how racism affects those communities  and why it is important to our work at Toynbee Hall – and what we are doing ourselves as an organisation to challenge racial injustice, you can see our diversity report and blog published earlier this year here.

We, the undersigned, reject the findings of the “independent” Commission on Race and Ethnic Disparities published on the 31st of March 2021. Should you and your Government be genuinely committed to acknowledging and addressing the issue of racial equity in the UK, we would call on you to repudiate the Commission’s findings immediately and withdraw its report.

From the moment that membership of the ostensibly independent Commission was announced, it was clear it would publish a tailored report conforming to a government narrative around racism and class – a narrative that whitewashes over the daily challenges faced by Black and minoritised communities in this country.

So lacking in intellectual rigour, academic credibility and stakeholder engagement are its findings that persons cited as in the report have confirmed their counsel was either not sought or was misrepresented in scope, and are now requesting their names be entirely disassociated from the Commission.

This Commission has failed on even the most basic level, for instance in acknowledging the fundamental rights of Black and minoritised communities, and the impact of hostile environment policies that have threatened the citizenship and status of the Windrush generation and their descendants.

Disingenuous claims, including the Commission’s assertion that its research found no evidence of institutional racism in the UK, have provoked public incredulity and national indignation. The danger is that a report so lacking in credibility will be left to circulate and take us back to the ‘colour bar’ of the 1960s.

While we note your apparently equivocal response to Dr Sewell’s findings, to be absolutely clear, the record shows that evidence of structural and institutional racism was provided to the Commission by organisations across civil society –

Wilfully or not, it would seem reasonable to conclude that either evidence of institutional racism was ignored by the Commissioners, or they have seen fit to put their names to a false declaration. In this regard, it is revealing that the Commissioners now claim they are under personal attack.

While nobody wishes to see matters of national importance diminished to the level of the ad hominem, at some point there needs to be honest scrutiny of this document and the question needs to be asked “Who is responsible for its contents?” And, ultimately, we have no doubt that the person in question is you, Prime Minister.

Further, as regards any notion that this Commission has somehow broken new ground with its revelation that socio-economic factors including class, income and education are all vital factors in explaining inequalities, please be assured that this is in no way a new finding and has never been denied.

However, we do take this opportunity to reassert the fact that, despite the complexities of evaluating social mobility and opportunity, a substantial and incontrovertible body of evidence confirms beyond any doubt that the incidence of direct and institutional racism prejudices the UK’s Black and minoritised communities to this day.

We would also highlight the eroded independence of the Equality and Human Rights Commission (EHRC), which has recently been compromised by the political nature of your appointments. The country does not require more funding for the EHRC simply to lead paper-based investigations, but tangible action to end the institutional and direct racism that are daily realities in people’s lives.

Therefore, we call on you to affirm your commitment to race equality in Britain in 2021. We call on your government to assert its commitment to extant equalities legislation, to uphold the public sector duty on equality and foster good relations.

We also call on you to take immediate steps to combat racism based on the findings of multiple rigorous investigations conducted over the last 20 years, including the Stephen Lawrence Inquiry, Lammy, McGregor Smith and Windrush Lessons Learned reviews, and to do so by convening a genuinely credible Prime Ministerial Task Force that, as a first step, would implement the recommendations of these long-standing investigations.

Such actions would feasibly offer legitimate cause for the UK to indeed regard itself as “A model for white majority countries” – an aspiration that we have no doubt unites the citizens of this country regardless of their ethnicity.