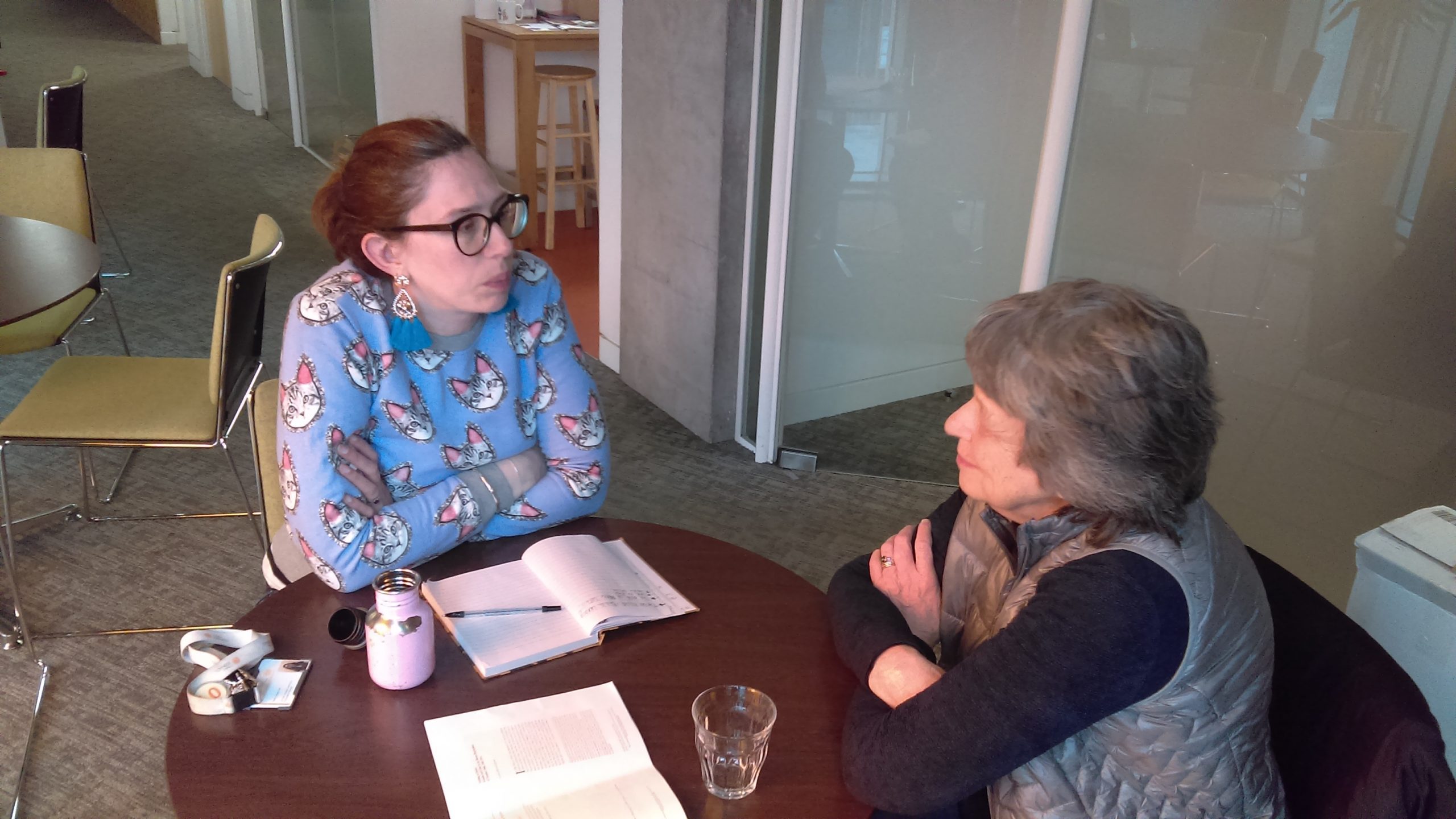 In this blog, Eleanor chats to Prof. Emily Abel of UCLA about how she uncovered and saved Toynbee Hall’s lost history

This week I had the absolute pleasure of sitting down with Prof. Emily Abel of UCLA during her visit to London.

Prof. Abel submitted her PhD thesis entitled ‘Canon Barnett and the first thirty years of Toynbee Hall’ in 1969 (You can read it here). Her research, pre-internet and digital technology, into Toynbee Hall’s early residential volunteers is incredible, and continues to be used by myself and academics alike. Of the numerous PhD theses and books which have since been written on Toynbee Hall, few fail to reference Abel’s work.

She told me about reading Toynbee Hall documents in the British Museum (where the British Library’s collection used to be) where she could only use a paper and pencil, not even a typewriter, to record her research. If she had today’s technology she believes it would have been a much speedier process. However, the pros of doing the research in the late 1960s meant that some of the people she was researching were still alive. She told me of visits to care homes to carry out interviews with people who had been involved with Toynbee Hall in the early years. She also met with Clement Attlee, however he was very elderly by then. When I look at the people she corresponded with, I dearly wish that I was able to read the letters that she exchanged with them. However, sadly her research no longer exists. When she left London she moved to Kenya and it was impossible for her to keep her research notes.

On top of her valuable research, Abel also did something which Toynbee Hall and researchers past, present and future will always be grateful for. Whilst carrying out her research, she made an appointment with the then Warden of Toynbee Hall, Walter Birmingham. He too had worked in academia, specialising in Economics. During their meeting Birmingham declared little knowledge of any archive material pertaining to the early days of Toynbee Hall. But suggested they go down to the basement where he opened some dusty filing cabinets. They turned out to hold documents dating back to Toynbee Hall’s establishment, 80 years ago. Birmingham offered her these documents for her research, and Abel, with great foresight, took them to London Metropolitan Archives (LMA) where she deposited them. Thereby making the first move in transferring Toynbee Hall’s archives to the LMA, which will be completed this year, thanks to funding from the Heritage Lottery Fund, amongst others. (Credit should also be given to Warden Donald Chesworth who organised for another deposit at LMA in the 1980s.)

Without Abel’s efforts, it is unclear as to whether those documents would still exist. It is a miracle that they made it through the fires caused by bombing during the Second World War in the first place. So much of Toynbee Hall’s archive disappeared when the library and Warden’s flat burnt down at that time. We will never know what was lost. So whilst I am so grateful to Prof. Abel’s hard work and dedication in her research, I am also incredibly grateful to her care over those documents. During our conversation she told me that on reflection, her work was perhaps too critical of Canon Barnett, she looked at him through the lens of the 1960s, rather than through a contemporary lens. But thanks to her efforts, she has enabled academics to continue to reflect on Canon Barnett’s work at Toynbee Hall because she ensured the safety of these valuable primary sources.

Kate Bradley, Poverty, Philanthropy and the State: Charities and the Working Classes in London 1918-1979 (2009)

Geoff Ginn, Culture, philanthropy and the poor in Late-Victorian London (2017)

Nigel Scotland, Squires in the Slums. Settlements and Missions in Late-Victorian London (2007)

Daniel Siegel, Charity and Condescension: Victorian Literature and the Dilemmas of Philanthropy (2012)

Catch up on Eleanor’s Heritage Blog from the beginning by reading Part 1 here.