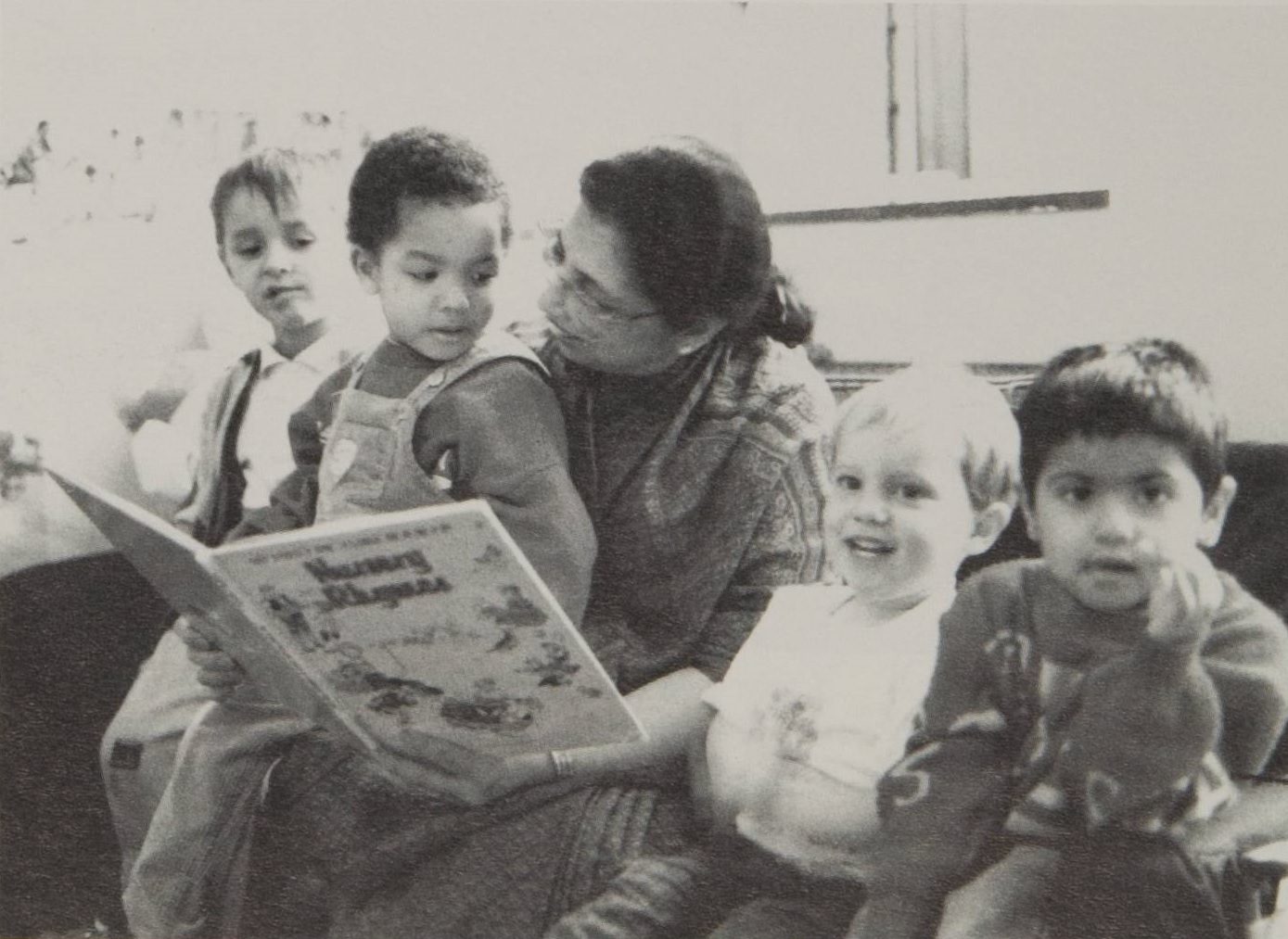 The crucial and pathbreaking work of Toynbee Hall’s founder, Henrietta Barnett is well known. However, some of the stories of other women in Toynbee Hall’s history who have been fundamental in driving positive social change while they worked or volunteered in the East End have not had the same attention.

As part of Women’s History Month I spoke to Dr. Kate Bradley about some of the women whose contribution to Toynbee Hall and the communities we work with has been overlooked. Dr. Bradley is Reader in Social History and Social Policy at the University of Kent, her research has highlighted the important role of women within the Settlement Movement, and at Toynbee Hall in particular. Before becoming an academic, Kate also volunteered and worked as Toynbee Hall as our librarian and archivist for many years.

In this blog, we share an insight into four women who have made a substantial contribution to social change and creating a fairer, happier East London.

Between 1973 and 1994 Sabera Majid was the leader of the pre-school playgroup at Toynbee Hall and played a hugely important role for many, many families locally. Providing vital child care for working women and familied who needed support, she made a great efforts to create a welcoming and fun environment for children and familied from all backgrounds. The playgroup was a multi-lingual space, with English spoken alongside Punjabi, Bangali and, very likely, Sylheti. Mrs. Majid also opened the doors of the playgroup to children from the former Yugoslavia who were fleeting war in the 1990s.

Her work was part of a radical wave of thinking in the 70s and 80s about the important role of play for children during their early years.

You can read more about her Playgroup at Toynbee Hall here.

Rosetta Reardon volunteered at Toynbee Hall for more than 50 years. During that time she supported local people in numerous ways, initially as Toynbee Hall’s cook, and later with a luncheon club for older people. She also helped set up the a Brownie pack at Toynbee hall, together with Margaret Kendall, who was an administrator here.

Mrs. Reardon only “retired” from Toynbee Hall at 78 when ill health prevented her from working. She remains Toynbee Hall’s longest serving volunteer, surpassing even the 43 years of John Profumo.  Her deep connection to the community continued even then, as she still frequently visited Toynbee Hall. Her family also had a lasting connection to the area – her son, Johnnie, was later a local councillor and then Mayor of Stepney.

100 years ago this year Carrie Morrison qualified as the first female solicitor, after the Sex Disqualification (Removal) Act of 1919 removed the barre preventing women from training and qualifying. Nevertheless, like many other women who qualified at that time, she found real barriers accessing paid work within the legal profession. Instead, immediately after qualifying she volunteered her time at Toynbee Hall as part of the Poor Man’s Lawyer – alongside her husband and Toynbee Hall resident, Ambrose Appelbe

You can read more about her work here. The Law Society also recently recognised her contribution, naming a room after her.

Edith Ramsey lived and worked at Toynbee Hall but was a paying tenant rather than a residential volunteer. Nevertheless, that didn’t stop her having a huge impact locally as social campaigner. Today she is most often remembered for her pioneering work in the 50s and 60s supporting women who were at risk of sexual exploitation access education and training, and help new arrivals to the area access free English and adult literacy classes.

You can read more about her extraordinary life and work in the East End here.

Toynbee Hall has always been a place for inspirational women to work together to stand up for women’s rights and a fairer, happier London.  On International Women’s Day and throughout Women’s History Month, we are asking you to help with a monthly gift to Toynbee Hall. In doing so, you’ll be ensuring women from the communities we work with can continue to make a difference in their communities and get the support they need to create a fairer, happier London.