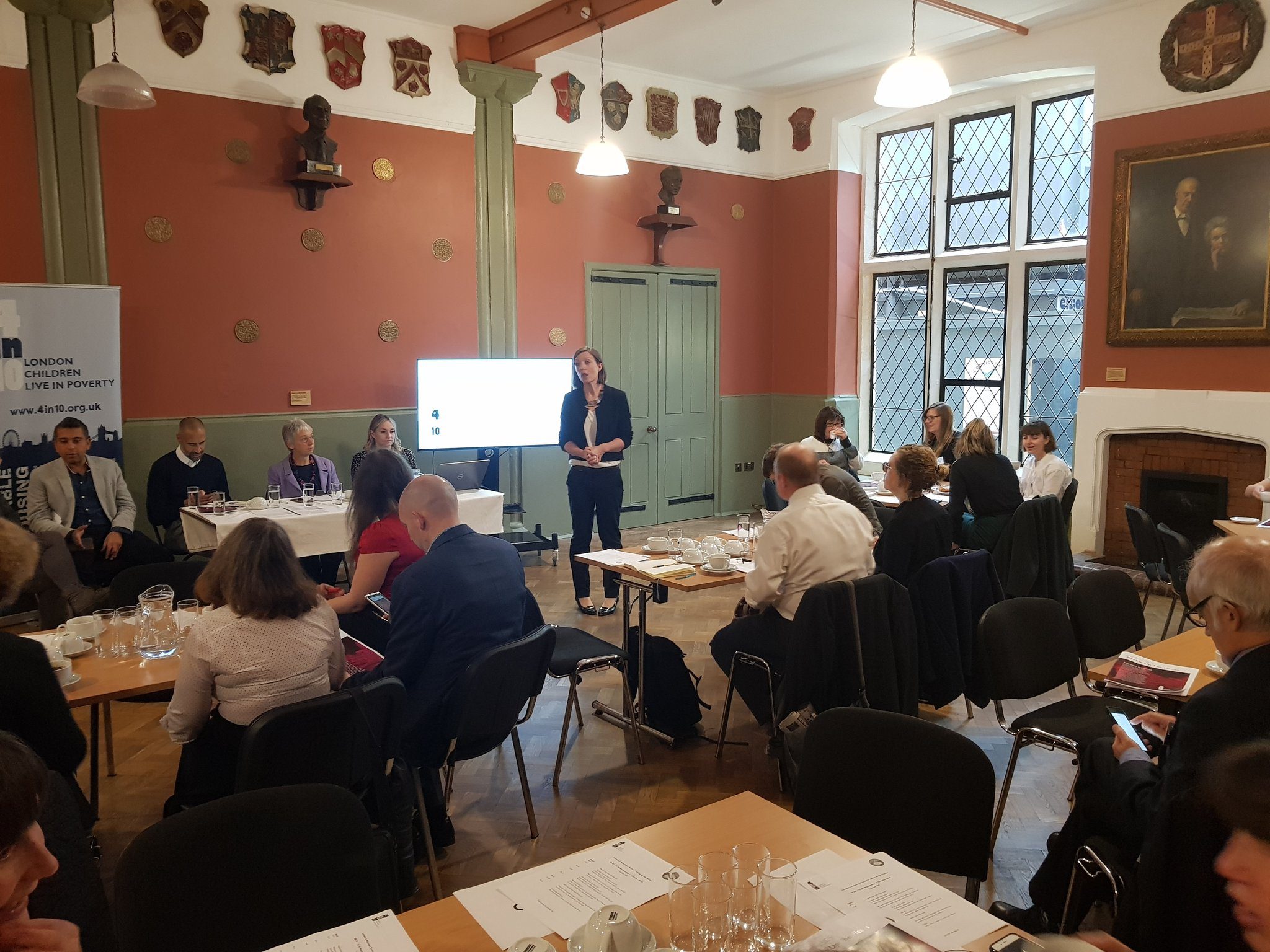 As part of the first ever London Challenge Poverty Week organised by the 4in10 network, we were joined by Matthew Ryder, the Deputy Mayor for Social Intergration and a range of voluntary sector orgainsations to discuss how we can support families affected by poverty.

Organisations large and small supported the first ever London Challenge Poverty Week last week as a range of events where held to increase visibility of the reality of poverty in London, encourage positive debate and discussion about poverty and show what is being done to tackle these challenges. The event also co-coincided with the UN’s The International Day for the Eradication of Poverty

In our newly re-opened historic building we hosted an event by 4in10. They shared the findings from a new piece of research, Picking Up The Pieces, which highlights the feelings of 94 voluntary sector organisations from across all London Boroughs who conudcted an online survey about their concerns for families and the challenges they face.

At the event Sian Elliot, Research and Learning Officer at 4in10 revealed that many organisations are deeply concerned about the impact of ongoing welfare reform, most notably Universal Credit. Of those 94 organisations, 78% have seen families struggling to afford basics such as food and sanitary products. 96% believed that wages have failed to keep pace with living costs and 98% thought that low income families should have a greater say in their local area.

The survey also revealed that 50% of the organisations that took part, have had to close or reduce their services in the last year due to a lack funding.

The event then focused on good practice by voluntary sector organisations. Jane Williams, founder of the Magpie Project told us about the work they’re doing to help mothers with children under 5 who are facing serious housing and income problems and Rajesh Makwana from Sufra food bank in North West London  shared how they’re working with their service users to teach kitchen skills that will boost their chances of employment. 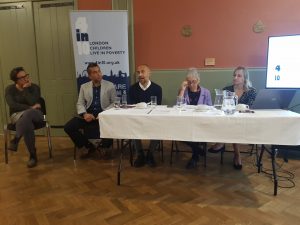 Matthew Ryder, Deputy Major for Social Integration, Social Mobility and Community Engagement then spoke about what the Major’s Office is doing to tackle London’s needs and challenges.He said:

We are really going to focus and re-double our efforts in relation to tackling poverty, income inequality and social class issues, also social justice issues around poverty in London. I hope I’m delivering a positive message about our focus because if you were concerned as to whether the Mayor is noticing this area or is concerned in this area, it is a very important priority for us moving forward. I think you will start to notice significant changes.”

He went on to explain how they’ve introduced new economic fairness measures that will collect a wide range of data that can be used to identify and to track progress on themes such as a labour market that works for everyone, equal opportunities and raising living standards. They’ve also introduced the London Family Fund which is offering £600,000 over three years to improve social networks, reduce isolation, and bring children and families together, and a Young Londoners Fund to help children and young people fulfill their potential.

The Picking Up The Pieces Report recommends:

To ensure families continue receiving the support they need, the report encourages all levels of government to support service provision and protect voluntary sector organisations in London by:

You can read the full report here.

As part of the London Challenge Poverty Week campaign, a letter signed by 26 voluntary sector organisations including our Chief Executive Jim Minton featured in the Evening Standard calling for action to stamp out poverty in London which a quarter of Londoners.