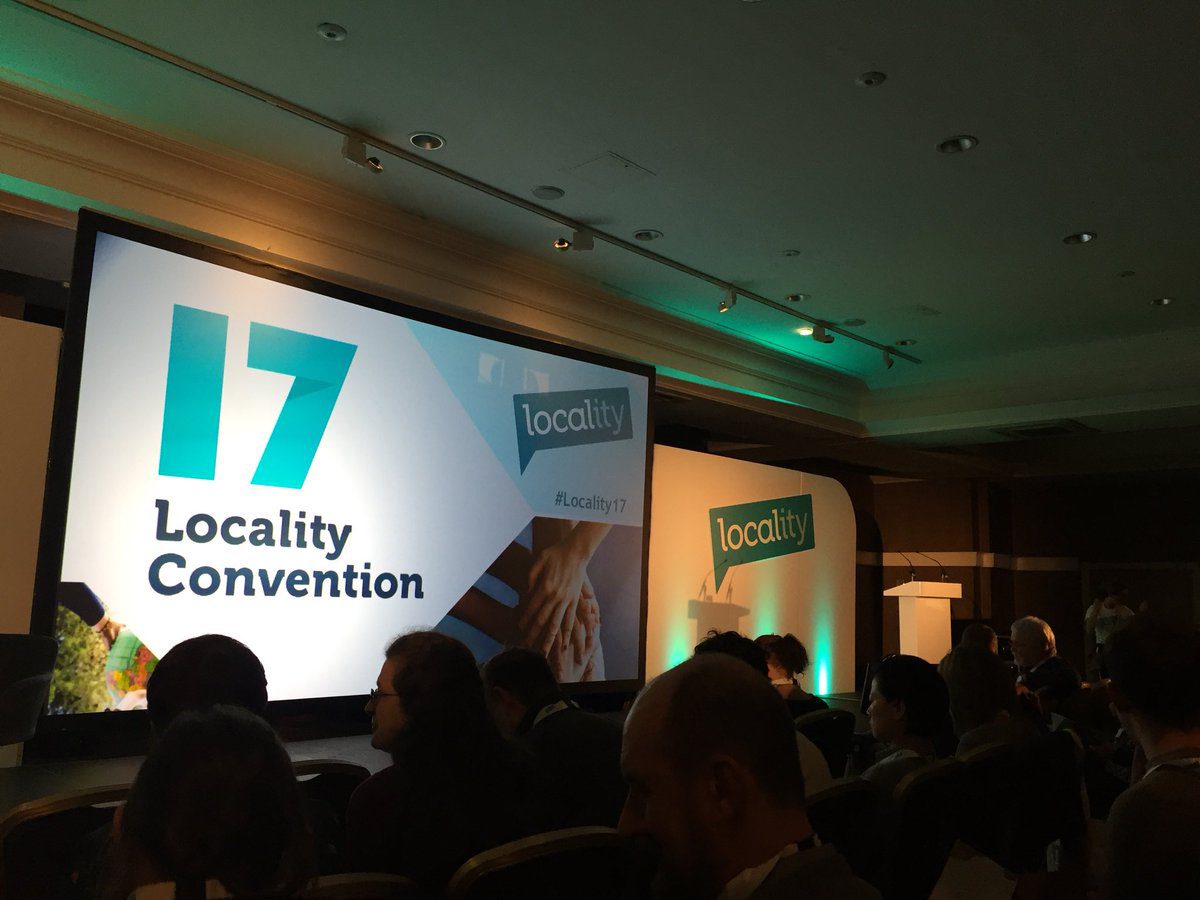 3 More Things I’ve Learned – During a couple of days of inspiration, ideas and energising conversation

Toynbee Hall CEO, Jim Minton, reports back on what he learned at the recent Locality17 Conference and The London Conference.

Working with people and communities facing challenges, it can be hard sometimes to keep a sense of optimism. But it is important that we do – so that we can focus our efforts on helping people to make real and positive change. The people we work with at Toynbee Hall, and the challenges they face, are sadly not unique. All over the country there many ordinary people and families wanting to shape a positive future for themselves, but held back by the challenges of debt, poor housing, limited opportunities and inflexible or badly designed systems of support.

So it was good to spend a couple of days this week at two events where I could be part of the conversations with both community leaders and policy makers, to see how others were trying to make positive change, despite the many challenges. First up was Locality17, the national conference for community organisations.

Workshops and presentations were combined with visits to projects in and around Manchester. These included the restored historic Stretford Hall, and the iconic Salford Lads Club, immortalized by The Smiths in the 1980s but still going strong and providing opportunities for young people in a community facing huge challenges.

The day after Locality17 I joined The London Conference, a different kind of event, where a range of policy experts and thinkers shared their ideas about how our capital could be a more inclusive city. Politicians, academics, social entrepreneurs and business and local authority leaders were among the speakers. And many of Toynbee Hall’s close friends and supporters from the funding and policy worlds were also in the audiences at each event, so it was good to have the opportunity to catch up with some of them.

The combination of exposure to real community led solutions at Locality17, followed by the perspectives of senior figures in the media, politics and business on essentially the same issues, gave me lots to think about and to take back to the team at Toynbee Hall, and the partners we work with.

Perhaps the most moving thing I heard all week was BBC journalist Emily Maitlis giving her very personal account of living in the shadow of Grenfell Tower, and responding both as a close neighbour of the community that endured such a traumatic tragedy, and as a journalist, needing to seek answers and hold people to account. It was a very human and honest reminder of the reality of inequalities in London, and the powerlessness that ordinary people feel to be able to change things; but at the same time, the seeds of hope in the way that the community, and particularly local organisations, responded and have begun to collectively move forward.

Plenty of other things emerged from my conversations this week, but I’ve tried to summarise three pieces of learning I will be taking with me:

1) As we get closer to returning to our historic home during 2018, it is going to be really important for us to engage the local community and ensure that they can really be inspired and involved in the chance to shape solutions and services going forward. At Stretford Hall, a beautiful historic building restored and bought back into use as a thriving community space, their success was driven by a very strong sense of community ownership and engagement. We are lucky at Toynbee Hall to be located in such a vibrant, diverse community – we need to harness its energy and input so that we are valued as much as we need to be in the future.

2) The belief that the biggest ideas can come from deep inside communities has always been part of Toynbee Hall’s history. And it was great to see this reinforced this week. At the London Conference, Lord Mandelson talked engagingly about how his grandfather Herbert Morrison had led huge changes in the capital’s transport and infrastructure – as a colleague in parliament alongside Toynbee Hall’s own Clement Attlee. And I heard the inspiring stories of OWCH! In Barnet – a co-housing scheme for older women that they established themselves; and EdBerts community centre in Gateshead – who showed how they could change the way that GPs, youth offending teams and others engaged with local people, opening up dialogue and creating change.

3) And in this context, I came away genuinely optimistic – and confident that Toynbee Hall can really be a place that can inspire and act as a catalyst for change into the future. On Thursday evening I got another direct flavour of what that could look like, as we jointly hosted with the Financial Innovation Lab a series of pitches from entrepreneurs seeking to change the way that financial products and services are developed ensuring inclusion and better access for those who are at risk of excluded. It was exciting, important stuff. Others are doing this in their own communities and in other spheres. Together these innovations can be a really powerful force for positive change.

The scale of some of the challenges that people face is enormous. Millions of people face poverty, exclusion, and an almost total lack of opportunity. But overall I found myself inspired and energized. Julia Unwin, formerly of Joseph Rowntree Foundation and now leading an inquiry into the future of civil society, talked passionately at Locality17 about the role civil society organisations in shaping the future. And business leaders, community workers and ordinary people all enthused me throughout with their vision for how we can change things.

There’s lots for us to do – and we need to ensure we really are being open, engaging and acting as a genuine catalyst for change within our community. But we have some real opportunities to tackle some of the challenges the people and communities we work with face. Let’s keep optimistic, and let’s make the most of them.