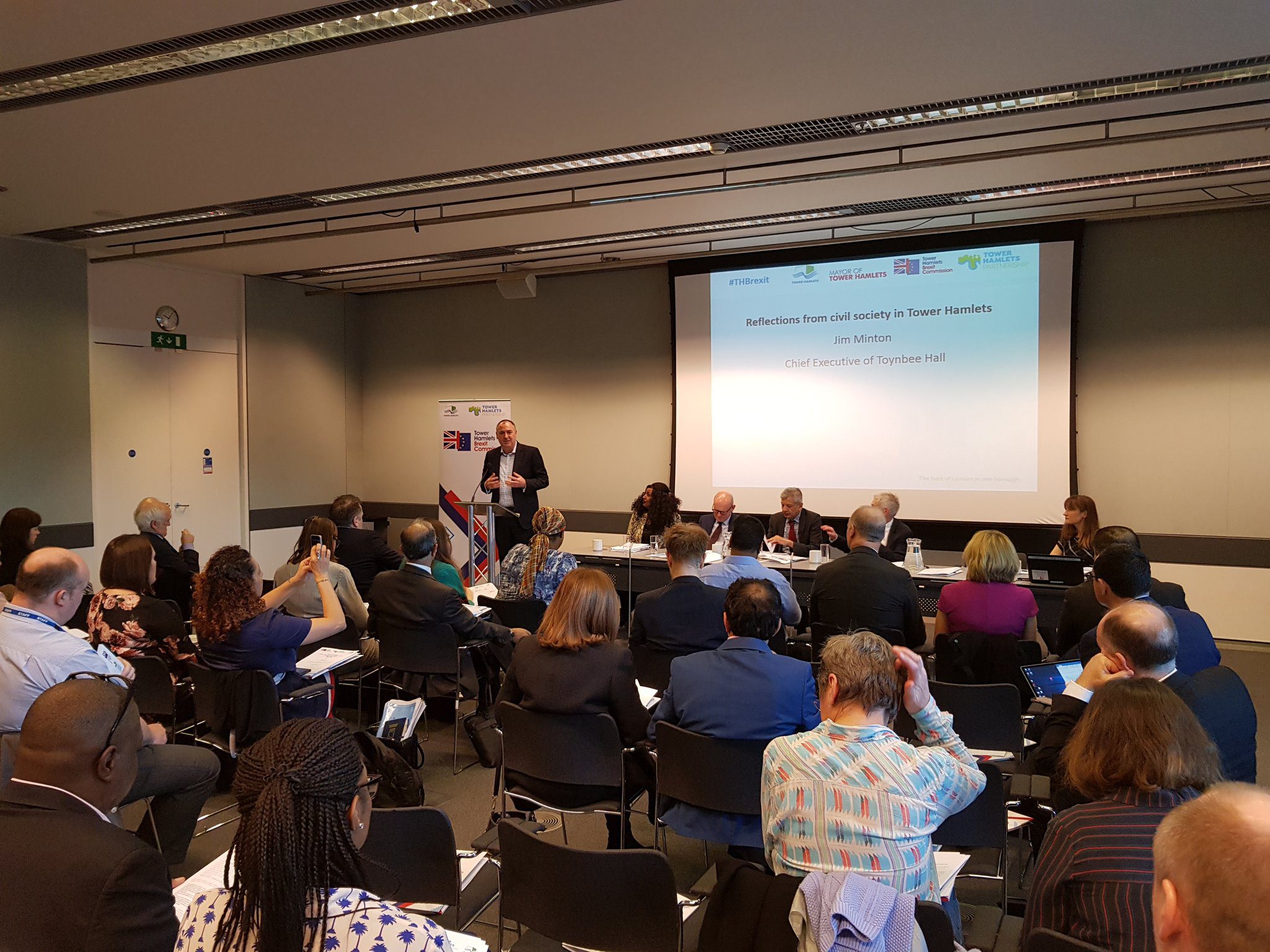 The Tower Hamlets Brexit Commission launch report looking at the wider impact of Brexit in the borough.

Today at City Hall, the Tower Hamlets Brexit Commission, made up of people from business, the public sector and academia launched a new report assessing the impact of Brexit on Tower Hamlets.

The report looks at the direct impact of Brexit on the wider community and not just it’s impact on the council, which is what government had tasked local authorities to produce. The report focuses on three key areas; impact on the local economy, delivery of public services and the impact on civil society. Across these areas, the report identifies 13 findings and 24 recommendations on how these key areas can prepare for any possible uncertainties that Brexit will bring.

Chief Executive of Toynbee Hall, Jim Minton spoke at the launch event as Toynbee Hall was one of the organisations that provided oral evidence to the commission back in November on the implications of Brexit for civil society. The possible implications include: a fall in investment rates for trusts that charities rely on, non UK citizens failing to connect Brexit with the need to secure individual rights putting them at risk and a lack of assistance and advice available to EU citizens. The evidence provided also showed that there could be a negative impact on the recruitment of staff and volunteers in the community and voluntary sector.

For a lot of our members, their workforce has a disproportionate amount of people from Eastern Europe. We’ve had people already leaving but more worryingly, there are significant numbers of people in that workforce planning to get out. Reasons reported back included the rising cost of living here and improved living standards back home. This means the business case for not being home is getting weaker and weaker.”

At the event Jim Minton welcomed the report’s recommendations around skills training, better access to advice and information and calls for civic leaders to show empathy and flexibility around the uncertainties of Brexit. He said:

“The report is right to place emphasis on placed based pride. Depsite the uncertainties around Brexit we need to positive, united and optimistic about the future of Tower Hamlets”.

Recommendations to tackle these issues include: