Bangladesh 50 Essay: How did the independence war of 1971 affect the identity of those in Bangladesh by Niha Miah 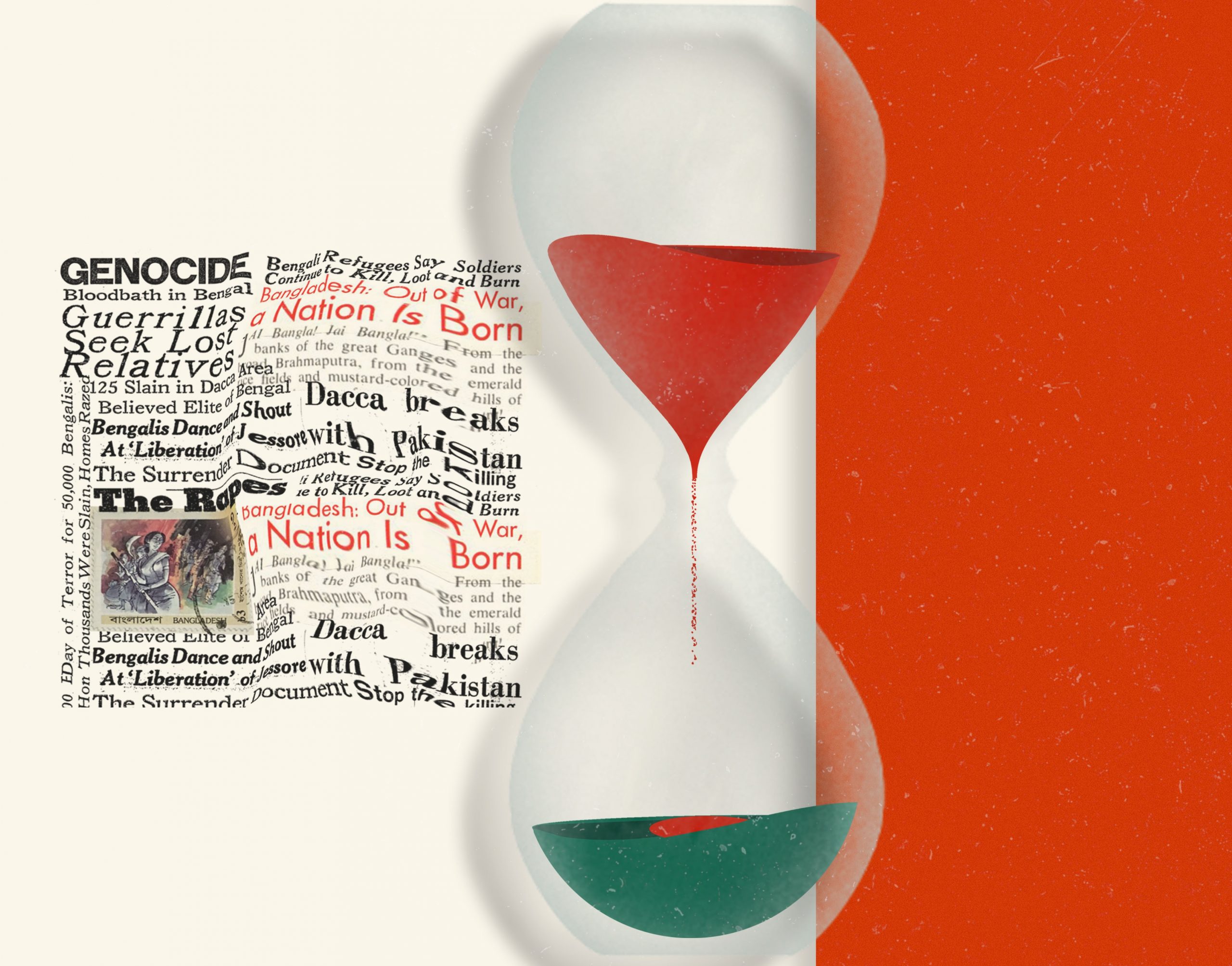 Celebrating Bangladeshi heritage on the 50th anniversary of the Bangladesh war, struggle and subsequent Independence.

2021 marks the 50th anniversary of the Bangladesh war, struggle and subsequent Independence. East London is home to a vibrant and dynamic British Bengali community who, with strong cultural and familial ties, were deeply impacted by these events. Against a backdrop of 1970s East End revolutionary spirit, many local people were vocal and active in solidarity action to support the movement.

In collaboration with Swadhinata Trust, throughout the year we have been delivering a series of activities that spotlight stories and experiences of local people, celebrating this rich heritage. In this essay, Niha Miah, has written an essay on how the independence war of 1971 affected the identity of those in Bangladesh.

Niha is a freelance graphic designer, co-founder and programmes co-ordinator at creative women’s hub, project officer at oitijjo-collective and a student success officer at SOAS University of London.

Utilising her background in project management, history, the creative world and as a British-Bangladeshi woman, Niha has a desire to create a more equal society for people of colour and those who come from low income backgrounds.

Here is the introduction to the essay which you can read in full below.

As M. Anisuzzaman writes, “Bangladesh is a deeply fragmented nation” (Anisuzzaman 2000, 52) divided along religious, ethnic, cultural and linguistic lines. The 1971 Bangladesh war of independence was one of many cataclysmic events triggered by such identity-related politics. This paper will aim to demonstrate that the independence war of 1971 deepened these identity divisions by aiming to form one cohesive national identity in what is a culturally pluralistic society. The nationalist discourse surrounding the identity of Bangladesh has focused most significantly upon the “importance of Bengali and Islamic identities in the colonial and post-colonial constructions of Bangladesh.” (Zeitlyn 2014, 3) In this essay, I aim to investigate how this focus upon Bengali / Bangladeshi identities in nationalist discourse has deepened and unified identities within the society of Bangladesh. In order to demonstrate this, I will first investigate why there has tended to be a focus upon ‘Bengali’ and ‘Bangladeshi’ identities within Nationalist discourse. Then I will consider the effects this has had upon these two identities. Finally, I will consider the effects of this dogmatic binary upon the neglected communities of the Chittagong Hill Tracts (CHT) of Bangladesh.

Firstly, The terms “Bengali” and “Bangladeshi” differ significantly based upon their origin, however, both dominate the Nationalist discourse of Bangladesh. According to Benedict Anderson, Nations are “Imagined Communities” constructed based upon “common factors of identity such as ethnicity, language, religion.” (Hussain 2013) The construction of “Bengali” and “Bangladeshi” identities undeniably were essential to the formation of the Nation of Bangladesh. The history of Bangladeshi nationalism finds its root in an “abiding sense of belongingness to the Islamic faith.” (M. H. Khan 2006, 335) Undoubtedly, the emphasis of religion as a common factor of identity was constructed under the military rule of Ziaur Rahman in order to distance Bangladesh from the culture of “the Bangalis of India.” (M. H. Khan 2006, 331) On the other hand, Bengali patriotism found its root in “ethno-linguistic” (M. H. Khan 2006, 327) and “ethno-cultural” (M. H. Khan 2006, 327) commonalities between the population of what was East Pakistan.