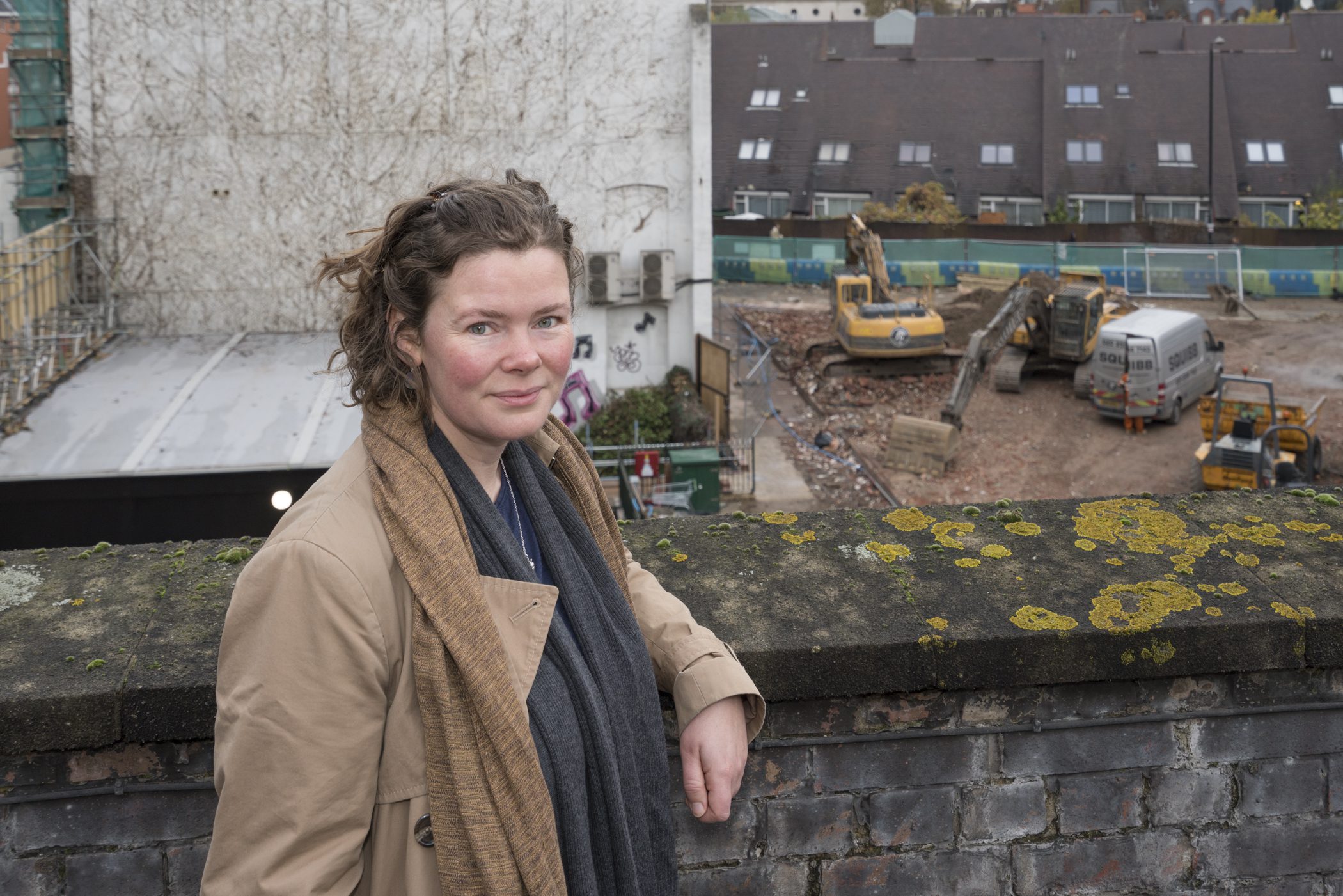 By Kate Swade and Keith Greenough

I lived in Attlee house as a residential volunteer for Toynbee Hall in 2003 and 2004. There were five of us in the flat, and we had a great time working on different Toynbee Hall projects and having fun in London.

Even then it was clear that the building had seen better days, and it was always a bit poky and dark. When I got back involved with Toynbee as a trustee, it wasn’t surprising to hear that surveys had shown it would be impossible to properly refurbish it.

Now, as chair of the redevelopment project panel, it’s really exciting to see new housing being built on site, which will be better designed and more sustainable. Most importantly, the sale of the lease on the land means that Toynbee Hall can provide excellent space for our service users, ensure our valuable heritage is cared for, and put us on a robust financial footing as we move into our next 120 years.

The most obvious development since my last visit has been the demolition of all of the buildings which surrounded the old hall. Vistas which previously would have been obscured have now been opened up. Christ’s Church Spitalfields is now clearly visible, just as it was in the original ‘Plan and artist’s impression’ published in Builder Magazine in1883. As I moved around the site to the rear of the old hall the scale of the excavations became yet more striking. On the northern side I was met by a mountain of earth and along the rear there is currently a deep wide trench. All around huge diggers lurk like prehistoric dinosaurs.

Inside too work has continued to progress at a pace. More partitions and the false ceilings have been removed opening up the spaces. Looking around there is a poetic quality to the scene with rhythmic series of wooden ceiling joists, window frames, doors and fireplaces – so many fireplaces.