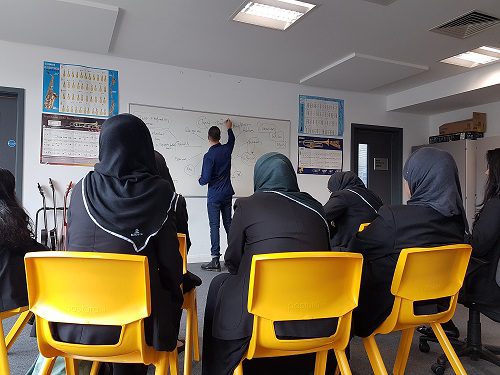 All poems were written on the theme of ‘identity’. Here are some of the submissions from the competition:

Culture influences you
Religion is what you believe in
Race highlights difference
Difference gives us culture
Culture is tradition
Tradition isn’t always right.

Not that one gender is superior
I believe in unity, in progress, in humans
Learning each other’s language

God, history and skin
I want us to come together
We can. We must. We have been.

Humans describe each other
Stereotypically

The blue boy kicking the blue football, ease comes easily.
The pink girl braiding the future of pink into her hair,
the maturity she bears
its abnormal.

Human regard each other
With division until two hands
Come together

To build, to join, to see
How hands all look the same
When theyre held.

My name is just a name
my name does not define who I am
…Or what I am.

My colour is just a colour
I am louder than my colour.

Sharing with hostile, lost, broken people
Changing its lonely colours,
And its dying thoughts.
Trotting in the shoes of hate
And piecing together time and tales
Like a puzzle in the sea
Sweeping deadly thought, onto the shore of life
Then hiding in the shell of skin
Away, away from reality!

Lost emotions
Galloping down the isle of personality
The rotting clothes that cover all,
The broken chains of wars heart
The mixture of innocent people
The hairstyles that hide the death of memories
All those cuffs that wont free people

Lost,
Lost, lonely hidden eyes,
Bullets, bullets that take shots in the eyes of the innocent
Bullets, bullets that smash the minds of the hurt
The hurt, the lost , the broken, the normal ones
The ones that don’t care, all these people
But no one wants to walk down those steps
Those steps that make hearts ache

Those steps, the ones, the ones that break hearts,
The ones that save lives… the crimes that are lost behind the falling walls…. Time.

I walk down the streets with my hijab,
A man calls out to me,
He calls my hair hidden,
A hidden sea,
I don’t say anything,

I ignore and walk along the road,
With acid of anger playing around my stomach,
Filled up to explode, the volcano inside of me,
I sail down the streets with my hijab,
Once again,
Once again a man calls out to me again,
This time he doesn’t say anything about my hijab

‘Oi, you the one with the stupid old dress’
I bat his face with my answer
‘it is my hijab and my jilbab,
My way of showing the modesty of being a woman’
As I say this the dam wall of frustration releases,
The release of the red hot boiling lava.

The winning pieces will be performed at the Proms at St Jude’s Music and Literary Festival on June 29th. Proceeds for the event help to fund Make it!. Visit their website more information and ticket details.

Find out more about the Speak It! Spoken Word Competition