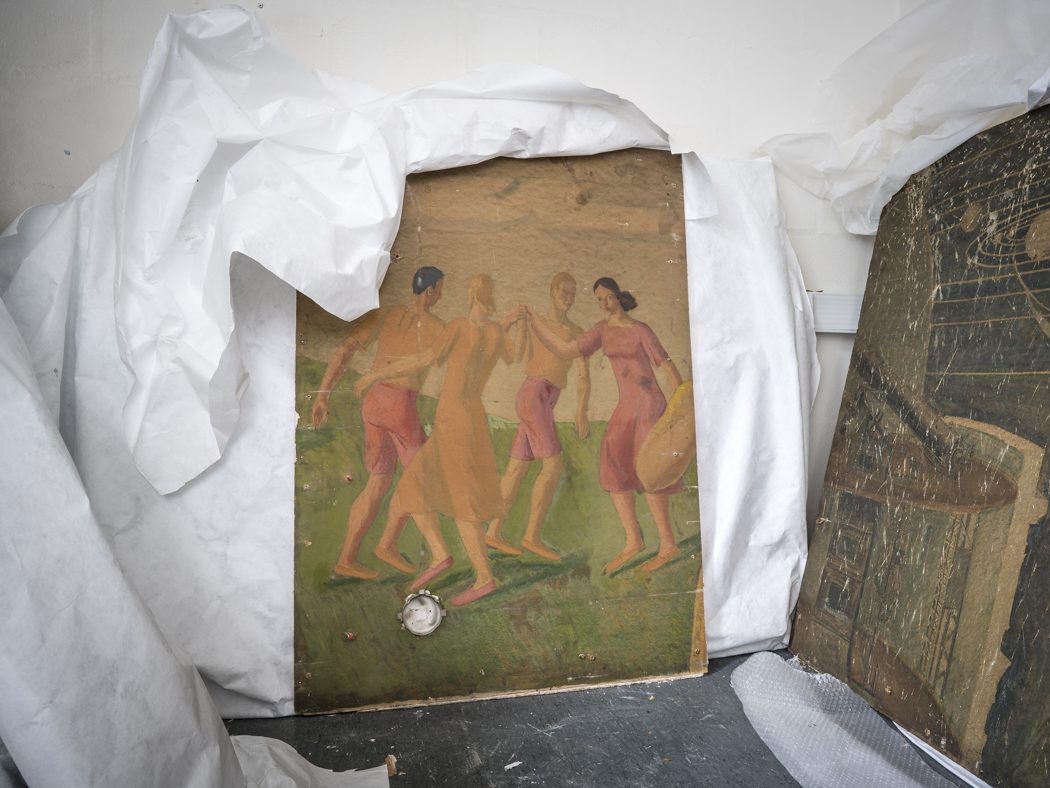 By Liz Allen and Keith Greenough

We knew that Ziegler had painted this frieze but we had no real evidence it remained here. We felt there was a slim chance the boards above the wooden paneling in the Lecture Hall were the frieze painted over in white. So we were astonished that the builders were able to reveal the frieze intact on the reverse of the boards. This is an incredible find and with good conservation we will be able to restore and carefully place the frieze back in its original location.

Discovering the murals has prompted us to do some more research into Ziegler, with the help of Kate Bradley at the University of Kent. He was born in Plaistow in 1903 and worked as a ship’s galley boy on an expedition to the Arctic. For 6 years he worked in an engineering workshop before attending the Royal Academy Schools and winning a scholarship to the Royal College of Art. His first big commission was this mural, which was unveiled to the public by the great art collector Sir Philip Sassoon in December 1932. It is wonderful that what is probably Ziegler’s largest commission has been rediscovered.

In the last blog post I referred to the old halls feeling ‘rather like an archaeological site’ – a place of discovery. Well, it has turned out to be exactly that. It was wonderful to hear that the original Archibald Ziegler frieze in the Lecture Room has been recovered. I visited Toynbee Hall a few days ago to view and photograph the find. As is the case with all the other original features, great care has been taken to safeguard the frieze. It was secured away and nestled in a cocoon of white plastic. I also went back into the Lecture Hall to see where the frieze had been hidden above the wooden panelling. Who knows what other discoveries might be unearthed?